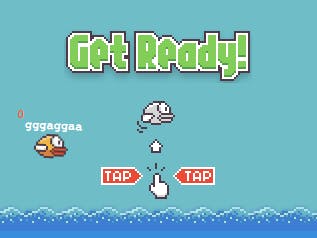 It's a remake of flappy bird, improved to be multiplayer online through a web page and directly influenced by the sensed data from the external environment.

This project were originally made during Wearhacks Hackathon in 42 School, Paris. This project was then selected alongside other 4 teams and finally won the Wunderbar prize.

Wunderbar sensors recover real environement datas such as temperature, noise, humidity... which ones represents then the "Wunder Bird" game design!

temperature -> vertical spacing of the tubes (hotter is harder)

proximity -> a finger shows up in front of the game, muahaha!